While the popular tourism tagline for our fine metropolis of Las Vegas is/was “If it happens in Las Vegas, it stays in Las Vegas,” the sad reality is that some misdeeds in Sin City will follow you home. If a driver operates a vehicle with a blood alcohol content level of .08% or higher, or while under the influence of a prohibited controlled substance in their blood, they may be charged with a DUI. If this happens, that person will almost certainly require a DUI attorney who can effectively fight their case to ensure they avoid the most devastating and financially disastrous consequences that can follow a DUI conviction in Clark County, Nevada.

NRS 484C.400 is the statute, or more appropriately, statutory scheme, which criminalizes DUI in the Silver State. The various subparts and provisions provide punishments, sentences, and applicable fines for first-time, second-time, and third-time DUIs within a 7 year period applicable to enhancable misdemeanors (currently only DUI and Domestic Violence offenses). This statute provides for some consistency and clarity in the punishments provided for a first-time, misdemeanor DUI, whether that DUI be cited in Henderson, North Las Vegas, on the fabulous Las Vegas Strip, or in a more outlying area of Clark County, such as Mesquite.

NRS 484C.400(a) prescribes the following statutory penalties for a first-time, misdemeanor DUI (within a 7-year timeframe applicable to enhancable misdemeanors): (1) a minimum of 2 days up to a maximum of 6 months in the city and/or county jail; (2) 48-96 hours of community service; (3) DUI Class; (4) Victim Impact Panel; (5) Alcohol/Drug treatment/evaluation, in the event the BAC was at 0.18 or above. Additionally, a fine not less than $400 nor more than $1,000 will be imposed. A Mandatory Specialty Court Fee of $100 will also be levied.

NRS 484C.400(b) prescribes the following statutory penalties for a second-time, misdemeanor DUI (a 2nd offense within a 7 year timeframe applicable to enhanceable misdemeanors): (1) a minimum of 10 days up to a maximum of 6 months in the city and/or county jail; (2) DUI Class; (3) Victim Impact Panel; (4) Alcohol/Drug treatment/evaluation, in the event the BAC was at 0.18 or above. Additionally, a fine not less than $750 nor more than $1,000 will be imposed. A Mandatory Specialty Court Fee of $100 will also be levied.

NRS 484C.400(c) prescribes the following statutory penalties for a third-time, Category B Felony DUI (a 3rd offense within a 7 year timeframe applicable to enhanceable misdemeanors): (1) a minimum of 1 year up to a maximum of 6 years in the Nevada Department of Corrections; (2) This offense if Non-probationable except in certain circumstances, namely participation in an Intensive Alcohol Monitoring Program known in Nevada as the Serious Offenders Program. This is a program which spans up to three years, requires complete alcohol abstinence, and features frequent urinalysis testing on a random basis. Additionally, a fine not less than $2,000 nor more than $5,000 will be imposed.

The most common way Nevadans and visitors are likely to be prosecuted for and convicted of a DUI offense will be on the basis of a BAC test result via breath and/or blood which evidences a concentration beyond the legal limits above-described. This test result provides the District Attorney and/or City Attorney (in municipal courts of Las Vegas, Henderson, Laughlin, Mesquite, North Las Vegas, and so forth) with evidence of what is known in the law as per se impairment. However, the Nevada DUI statutes have a second subpart which allows for the prosecution and conviction even with a BAC result outside of the required two hour period for per se treatment. This second method of prosecution is often referred to as pursuing an “impairment theory”.

They could also be convicted of a DUI if they were driving under the influence of alcohol to any degree, however slight, if it rendered them incapable of driving safely. This means people could be convicted of a DUI even if their blood alcohol level was lower than a 0.08. This might sound unfair, but that is the law and it is up to the police and the people in power to decide if you were inebriated enough to handle driving a vehicle. While it is an unfortunate situation, one thing that can make it infinitely better is if you have access to an experienced DUI attorney in Las Vegas Nevada to defend your case.

We can give you important details that a regular citizen might not be aware of, that might end up helping them immensely in the future. This can include different kinds of information, for example, in case of a DUI, the blood alcohol test results would be inadmissible if the test was taken two hours after the person had been driving, although it appears that the state gets two bites of the apple. In addition to the criminal case, there is a DMV hearing. The administrative law judge (ALJ) decides whether there is “Clear and Convincing evidence” that you were driving under the influence of alcohol or drugs. This is a lesser standard of proof beyond a reasonable doubt that is used in a criminal case. The DMV does not care about the 2-hour rule. So you could resolve your DUI case as a non-DUI disposition and STILL lose your license for 90 days based on the ruling of the ALJ.

By visiting your DUI attorney in Las Vegas Nevada beforehand, you would not only be aware of these developments, you would also be prepared to make a case for your innocence in the best possible way. If your defense is good, there is a good possibility you might just end up walking away scot free.

Another thing people do not realize is that they could be under the influence of a prescription drug even if they had a valid prescription. Many legally prescribed drugs can affect a person’s perception. They can also affect different people in different ways, and there is no real way of knowing how they might affect you or your ability to operate a vehicle. However, if there are no other drugs or alcohol in your system, and the prescription drug is in the therapeutic range, we are usually able to resolve your case so it is not a DUI.

Unfortunately, sometimes the person might have consumed much more than prescribed. For example, around 200mg of Hydrocodone, which is five times the limit prescribed per day so this would not rebut the presumption that the person was under the influence. Sometimes the prosecutors would be more flexible even if the person was over the prescribed limit of medication, than if they were under the influence of marijuana, cocaine, heroin or something like that. This is because people still realize the purpose behind medication and that at times it is necessary. Hard drugs however, are much more difficult to explain to a judge or jury, and if you are caught under their influence, then you will need the services of a quality DUI lawyer in Las Vegas like us.

One of the most important things to remember about DUIs is that once an individual is convicted of a Felony DUI, ALL SUBSEQUENT DUIs for the individual will be treated as FELONIES. 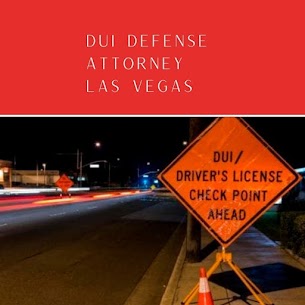 NRS 484C.410 provides that instead of a 1-6, a person so convicted will face the more severe prison sentence of 2-15 years. While less than the applicable penalty for causing a death, as you’ll soon learn, this penalty is still markedly more serious and burdensome than was the applicable sentence for the first felony DUI the individual sustained a conviction for.

NRS 484C.430 is the Nevada statute used to prosecute the most serious kinds of DUI offenses, DUIs involving death or substantial bodily harm (SBH). These serious felonies carry even more severe penalties than the 1-6 years prescribed for a felony DUI that does not result in serious injuries. The penalty is 2 to 20 years in the Nevada State Prison. The sentence is non-probationable. If you are convicted of DUI with death or SBH, you will go to prison. If you were in an auto accident and killed someone, or injured someone really badly so they had to go to the hospital or there was a broken bone and you have alcohol in your system, you will be charged with DUI with death or SBH.

With so much at stake, be sure that you have an experienced DUI attorney in Las Vegas Nevada attorney who can help to protect your interests and preserve your rights. DUI cases can be complicated and longwinded, requiring a sane head to filter through all the information, and looking for any details that might help their client in the long run. At Yampolsky & Margolis Criminal Defense Las Vegas, I offer my clients more than 30 years of experience, and time spent fighting for the rights of my clients. I know the law, and I know what it takes to build a powerful defense on your behalf. Click to read DUI FAQs, and I am willing to do whatever it takes to ensure that you get the best possible result in the end. We make sure of that because without our clients, what are we anyways? Click to read DUI FAQs.

For more information on how https://www.criminallawyerslasvegas.com/ can help you with DUI Defense Attorney Las Vegas, please contact us at (702) 385-9777, or visit us here:

Injured in an Accident?

Arrested for DUI In Nevada?